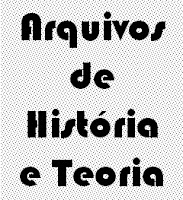 (..) Robert Fishman locates the models of the homogeneous middle- and upper-class residential suburbs that evolved in the industrial era in 18th-century England in places like Clapham five miles outside the City of London. There evolved a “prototypical suburban community” that united “the country house, the villa, and the picturesque traditions.” From Clapham, Fishman traces a line to John Nash’s Park Village (1824) to the railroad suburb of Riverside, Illinois (1868), and all the way to the automobile suburb of Radburn, New Jersey (1928).

Kenneth T. Jackson argues that the origins of these elite residential suburbs in the United States lie in the years after the War of 1812. He notes that a low residential density, high levels of homeownership, the absence of low-income families, and long commutes (journeys to work), characterized these suburbs. Ferry commuters traveling between jobs in Manhattan and homes in Brooklyn created the first of these residential suburbs in the United States. But commuter railroads quickly became the mode of transportation that underlay this kind of suburban development. By the late 1840s, daily trains used seven depots in Boston, a rail line connected Westchester County with Manhattan, and Chicago had its first railroad. Commuter suburbs followed in cities across the country along the main rail lines. (Continua)