“Town and Country Planning in England: A Bird’s Eye View”

These defects, and many others, were corrected by the Act of 1947.

This scrapped the old system completely. It wiped the slate dean: in effect Parliament said, "We are going to start all over again. We will learn from our experience and mistakes under the old system and have a better and more comprehensive system of control." First, the old town planning schemes were all completely repealed and replaced by a very much modified version of the town planning scheme. Every local planning authority was required to prepare within three years what was called a "development plan."

Unlike the old planning schemes, development plans are compulsory. As a preparatory step, the authority was required to carry out a survey of its area and submit a report of the survey to the Minister, who is now the Minister of Housing and Local Government, in place of the Minister of Health. Although the report of the survey is not a formal part of the development plan, it usually contains far more reasoning and explanation of policies than will be found in the plan itself: the report explains, the plan states.

The development plan itself does not look very different from the old town planning scheme. There is still a complex of maps, including a basic map and a town map for each urban area. The town map has various markings and colorings on it; there may be red for the residential zones, dark purple for the heavy industrial zones, light purple for the noiseless, colorless, and odorless industries, brown for shopping areas, and so on. There are also program maps to show when during the next twenty years each of the changes is likely to take place.

Generally speaking, all our zoning is exclusive. We have never had a system of Euclidian zoning" in which there is a hierarchy of uses, and where in each class any use in a superior class is permitted. Thus an industrial zone does not embrace housing or shops. The furthest we go along this road is that some local planning authorities provide a table in the written statement which is part of the development plan showing certain compatible uses (e.g., shops and houses, or offices and public buildings) which will probably be permitted, or will be considered on their merits. Thus in a heavy industrial zone, permission for light industrial development will in all probability be granted; commercial development will be considered on its merits; and permission for housing development will in all probability be refused. Euclidian zoning would permit all these.

In addition to all the maps, the development plan includes a written statement. This sets out the broad outline of planning policy and the general rules to be applied in the area, together with various definitions. So the development plan does not look much different from the old town planning scheme. However, as you will see later there are some important differences.

Every local planning authority is thus obliged to prepare a development plan. Having prepared the plan, the authority must submit it to the Minister for approval. The plan must first be advertised. At least six weeks notice must be given to allow for objections, and anyone can inspect the development plan in the local city hall to see how it affects his own land. There will then be a public local inquiry into any objections to the development plan.

These inquiries are usually well attended by objectors. The inquiry will often last a long time. Perhaps the simplest of these inquiries will be completed in about a week, whereas the more complex ones take many weary months. At the inquiry there is a detailed examination of every objection that has been made to the development plan. The objections may be on matters of broad principle; on the other hand, they may be on the particular application of a planning policy to an individual plot of land. (Continua)

'What’s left over is called the “residual land value”'

(...) In the last decade, London has lost 8,000 social-rented homes. Under the Tory-led coalition, the amount of affordable housing delivered across the country fell by a third – from 53,000 homes completed in 2010 to 36,000 in 2014. Much of the reason lies hidden in these developers’ viability assessments and the dark arts of accounting, which have become all-powerful tools in the way our cities are being shaped.

It is a phenomenon, in the view of housing expert Dr Bob Colenutt at the University of Northampton, that “threatens the very foundations of the UK planning system”; a legalised practice of fiddling figures that represents “a wholesale fraud on the public purse”. What was once a statutory system predicated on ensuring the best use of land has become, in Colenutt’s and many other experts’ eyes, solely about safeguarding the profits of those who want to develop that land.

Under Section 106, also known as “planning gain”, developers are required to provide a certain proportion of affordable housing in developments of more than 10 homes, ranging from 35–50% depending on the local authority in question. Developers who claim their schemes are not commercially viable, when subject to these obligations, must submit a financial viability assessment explaining precisely why the figures don’t stack up.

In simple terms, this assessment takes the total costs of a project – construction, professional fees and profit – and subtracts them from the total projected revenue from selling the homes, based on current property values. What’s left over is called the “residual land value” – the value of the site once the development has taken place, which must be high enough to represent a decent return to the landowner.

It is therefore in the developer’s interest to maximise its projected costs and minimise the projected sales values to make its plans appear less profitable. With figures that generate a residual value not much higher than the building’s current value, the developer can wave “evidence” before the council that the project simply “can’t wash its face” if it has to meet an onerous affordable housing target – while all the time safeguarding their own profit.

According to Glasspool, the most striking thing about the Heygate viability assessment “is that it has nothing to do with the scheme’s viability at all, and everything to do with its profitability for the developer”. It is also all perfectly legal.

Within the pages of calculations, produced for Lend Lease by property agent Savills, the level of “acceptable” profit is fixed at 25% – a proportion that equates to around £300m. Southwark council commissioned an independent appraisal of this viability assessment from the government’s discrict valuer service (which was also revealed as part of the disclosure). The appraisal clearly highlights this 25% profit level as a concern, noting that “most development schemes when analysed following completion average out below 15%”. The difference represents more than £100m that could have been spent on affordable housing – yet the 25% profit level remains unchallenged.

A second concern was raised over the estimation of Elephant Park’s total value upon completion. The predicted sales values are set at an average of £600 per sq ft in the viability assessment, a figure it says is derived from “comparable” developments. Yet a close look at the appendix of these “comparable” schemes includes such properties as an ex-council flat in an estate on the fringes of Camberwell – a far cry from the glistening towers of Elephant Park.

On a recent visit to Lend Lease’s rustic sales cabin, I was greeted by a helpful assistant who said I’d have to hurry if I wanted to snap up one of the two remaining £2.5m penthouses in the One The Elephant development across the road, before handing me a price list for the new Elephant Park flats. They are currently selling for an average of more than £1,000 per sq ft: two-thirds more than the figure suggested in the viability assessment. In 10 years’ time, when the later phases are on the market, values are likely to have skyrocketed further. Yet the number of social units will remain at 74. (Continua) (Destaques do blogueiro)


Leia a íntegra do artigo do The Guardian clicando em
http://www.theguardian.com/cities/2015/jun/25/london-developers-viability-planning-affordable-social-housing-regeneration-oliver-wainwright?CMP=share_btn_fb 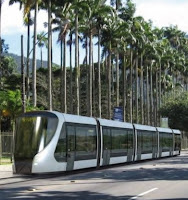 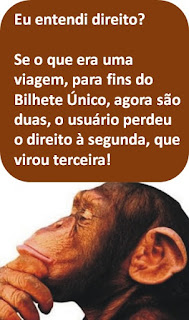