"From Suburb to City and Back Again: A Brief History of the NYC Commuter" 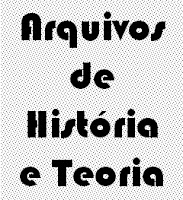 (..) Many of New York’s first commuters were summer suburbanites seeking “rural retreats away from the wearying din and unwholesome excitement of city life” (Huguenote Park). Whether searching for a summer country home or a permanent suburban residence, prospective home seekers had many relocation options to speculate.

By 1900, New York City was surrounded by more suburbs than anywhere in the world (Encyclopedia of NYC). Railroad companies and real estate developers encouraged increasing numbers of New Yorkers to move away from the city, boasting less noise and congestion, lower costs, quick and comfortable train rides, more light, fresh air, and healthfulness, and even more births than deaths.

Promoting the possibilities of an idealistic country lifestyle, many suburb guides and advertisements offered would-be commuters practical information for relocating such as details on new real estate developments, communities along train lines, and descriptions of towns and their amenities. Some of these early twentieth century train schedules quite interestingly reveal suburb-to-city travel times that are shorter or very similar to today. Perhaps there is not much hope for commuting times to improve over the next hundred years. (Continua)

The End of Black Harlem

Still Harlem endures as a community with high hopes, and in 2013, we felt sure we had found a champion. Bill de Blasio ran as the mayor for everyone, which we figured had to include Harlem. Black voters were crucial to his victory, and we thought we were covered and cared for. He even has a likable son, as liable to get stopped by the police as ours might.

We were wrong. The man we saw as “our mayor” may talk about housing affordability, but his vision is far from the rent control and public housing that President Franklin D. Roosevelt and Mayor Fiorello H. LaGuardia once supported, and that made New York affordable for generations. Instead, he has pushed for private development and identified unprotected, landmark-quality buildings as targets. He and the City Council have effectively swept aside contextual zoning limits, which curb development that might change the very essence of a neighborhood, in Harlem and Inwood, farther north. At best, his plan seems to be to develop at all speed and costs, optimistic that the tax revenues and good graces of the real estate barons allow for a few affordable apartments to be stuffed in later.

How Jane Jacobs changed the way we look at cities

(..) So perhaps now, on the 100th anniversary of her birth, we should all be asking: what is it that Jane Jacobs made us want to see in the city?

Thinking about this question leads me to focus on the conditions that make a metropolis – the enormous diversity of workers, their living and work spaces, the multiple sub-economies involved. Many of these are now seen as irrelevant to the global city, or belonging to another era. But a close look, as encouraged by Jacobs, shows us this is wrong.

She would ask us to look at the consequences of these sub-economies for the city – for its people, its neighbourhoods, and the visual orders involved. She would ask us to consider all the other economies and spaces impacted by the massive gentrifications of the modern city – not least, the resultant displacements of modest households and profit-making, neighbourhood firms. (Continua) 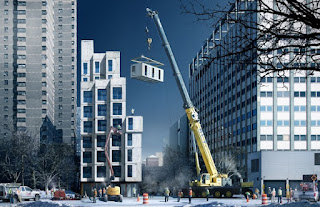