Inside the housing crisis: Why I live in a cupboard

What does the housing crisis mean to you? Unaffordable rents? A rise in rough sleeping? Letting agency fees so high they make you flinch? People in desperate need unable to access social housing? 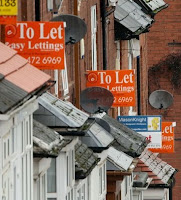 While the government is taking steps to further safeguard tenants' rights, with the April 2019 announcement of plans to revoke Section 21 - legislation which allows landlords to serve tenants with 'no-fault' eviction notices - the problems show little sign of abating. Housing charity Shelter previously said it was no longer right to talk about a housing crisis in Britain but, in their opinion, “a national emergency”.

The stats paint a pretty bleak picture tbh. According to Shelter’s research, 1.2 million people across the UK are currently on the waiting list for social housing but only 6,463 social homes were built from 2017-2018. And, every night, according to charity Homeless Link, almost 5,000 people sleep rough in England alone. (Continua)